can we get a thread going on moderation and anti-harassement tools to use with mastodon? I'm thinking used by either users, admins or both.

here's a few I found so far, although most aren't actively maintained

I know many people are running it on their servers, but it's hard to find the repos of such, if they even exist, that is.

it's super hard to do pre-emptive moderation with vanilla masto imo, at least in a sufficient manner, and the answer isn't to do centralised moderation decisions I think. It's way too much power and responsibility. Admin/user power difference is already problematic enough.

Democratic moderation per instance would be ideal, for example a perpetual poll concerning where to direct certain moderation actions.

The report system is inefficient and slow, and I think such a system would lower the bar for users voicing their opinions and it'd ease the responsibility on mods.

A very similar tool (at least in spirit) is the shinigami eyes browser extension that mark thing as trans positive or anti-trans.

A democratic approach to moderation would not be to give in to algorithmic timelines as nothing would really be "automated", unless you consider voting a member of that category.

I've been working on a moderation tool, but I've kinda given up on it because it's firstly not democratic, and it really didn't ease up the pressure on admins. Quite the contrary, it was a part of why I had to take a break from fedi. So the approach is definitely spreading the responsibility, accountability and availability across the instance. Centralisation and black boxes bad. 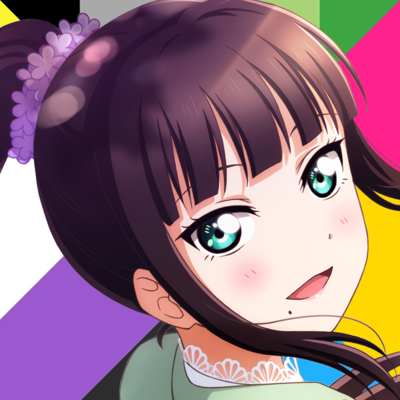 @namtari If you'll allow me to chime in: yes, it would lower the bar, but that would only make it more efficient for small instances. Time frame is also an important thing to ask - for how long should polls be open? Will this system work across time zones? At the end of the day, not everyone wants to ask all those questions, other users will prefer having a trusted mod team, which saves effort and time. But of course, having those tools available for small instances with a high degrees of willingness to self-moderate would increase the heterogeneity of the Fedi, which I'm all in favour of.

@anarchiv I agree, such tools would be mainly useful for small instances.

Specifically about the hypothetical poll:

So it's rather a voting/ticketing hybrid system than a poll I suppose. So say over half of the instance has voted to block a certain instance, and a mod takes action, that ticket is then scrubbed from the voting list. This was just an off-the-cuff example though.

A highly trusted mod-team is kinda what I don't want. It's not inherently transparent and it's really a great deal of effort; an effort that could be decentralised.

@namtari yeah this seems like a good direction to think in

@namtari Care to elaborate? I'm honestly and in good faith interested in your view, though I'm not certain yet if I'll agree.

@namtari Oh wait you already did, ignore this then

@anarchiv I can still clarify though: so the only way to do pre-emptive actions today is to either be constantly monitoring fediblock (or similar) and the federated timeline for icky stuff. It's a huge time investment to do the latter, and the former is only partially effective. Additionally, some problems with both of these methods is that they are qualitative and not quantitative and not necessarily representative of the users' opinion, hence undemocratic.

@namtari Aye, hard agree. Fediblock was a bad solution from the start since it was a grab at a formerly decentralised process without stating guiding values (except some vague, unspecified anti-racist general idea) so it's basically become a dump for anything people with clout don't like (as would have been obvious inb4 for anyone who's been on here for a while).

@anarchiv Yis, and now it's not maintained any more, at least the centralised solution. It was a good thought though and it honestly worked better than you'd expect. Only up to a certain point though :3

@namtari @anarchiv I'm curious to see how Matrix's decentralised reputation system works out, and if it could be applied to other things.

@owl @anarchiv oh didn't know about that, gonna check it out

@namtari @owl
me neither, is there any info about it on the homepage?

@anarchiv @namtari Here is where I read about it, haven't kept up with it.
https://matrix.org/blog/2020/10/19/combating-abuse-in-matrix-without-backdoors